Incredibly, the 747-400 "Dusseldorf" has a WiFi hotspot available. So, I'm blogging as we are flying over Greenland. The above pictures are nearly live.
Posted by B Yen/Getty Images at 8:04 AM 15 comments:

I caught some eats (inspired by C. Johnson/USC theoretical physicist), to "fuel up" in order to combat my flu. Then, I found a power-outlet & paid $18 Euro for a 24 hr WiFi T-Mobile connection. I then wandered over to the upper level to find a more comfortable blogging place, & ran into 2 Internet guys doing the same. We laughed about how the "watering hole" attracts PC users: power-outlets! I paid another $18 for 24 hr T-Mobile connection, & they checked out the QTVR eclipse pano (stitched by Robert Fisher), see above. At around 11:30pm I noticed my charge indicator went away..all of our laptops were NOT charging. Apparently, the power outlet was switched off. We quickly re-packed, & went searching for another power-outlet..we found one near the security checkpoint. We sprawled out, & spent there until 4am. Uh Oh, no T-Mobile signal for me! But, Laurie/Estonia found a Vodafone signal & it was 30 min free. Except, no uploads allowed. So, some fancy network setup by Laurie (using reverse Ethernet cable to mine) allowed uploading. We also discussed my RealTimeWebcasting project, & how Technology is difficult to get embraced by general community (see T-shirt logo). We messed around, until we couldn't STAND IT ANYMORE..4am like. We caught some food at the 24 hr store, & parted ways. I later ran into Laurie..on his way to Japan. This guy is a Linux wizard, he works for a security company in Japan. Wade is a Web specialist from Colorado, in process of relocating to England. We had some interesting discussions on history, culture, ethnicity, etc.

I never thought my overnight stay in Frankfurt would be such a rich experience.
Posted by B Yen/Getty Images at 7:46 AM 37 comments:

Lufthansa Flight #580 to Frankfurt was straightforward, I really enjoyed the BBC program on the 2006 World Cup in Leipzig/Germany. Lots of good material on competition & winning, i.e. Game Theory. The Swiss guy next to me was a geologist turned Environmental Scientist working for Siemens. He's looking at my eclipse pictures, & we discussed on science subjects. When I brought up Alfred Wegener (proposed Continental Drift, i.e. what we know now as Plate Tectonics) he said "of course, he is our patron saint". He even had a Scientific America, which ironically had a front cover about Particle Physics. We exchanged emails for future correspondence.
Posted by B Yen/Getty Images at 7:37 AM 5 comments:

Overnight bus-trip from Dahab to Cairo was OK, slept half-way decent. Had a raging temperature (because of 2nd camel-ride) just before I left, so I was really concerned about getting sick on bus. Got into Cairo @6:30am, & got whisked off to Magy Hotel by their driver. Blogged some pics from their DSL terminal, then took a couple of hour nap. Woke up, & scrambled to start packing the 3 70 lb cases. Archived the images on my Powerbook. Running behind, left @12 noon. Man, was it chaotic getting out of our parking area, it was crammed w/vehicles. Got to Airport @12:50 (flight leaves @2:40pm), & there was mess involving baggage weight allowances (won't repeat it here). Got to plane @2:40pm..man, is that cutting it CLOSE or what!!
Posted by B Yen/Getty Images at 7:22 AM 6 comments: 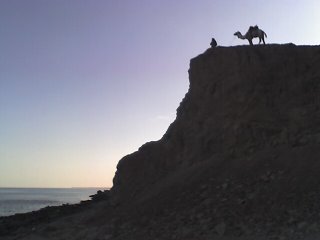 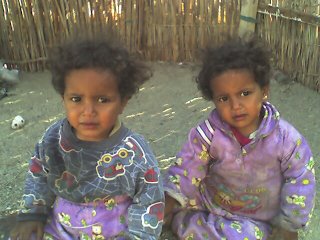 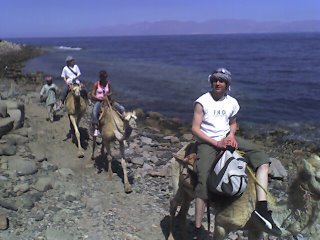 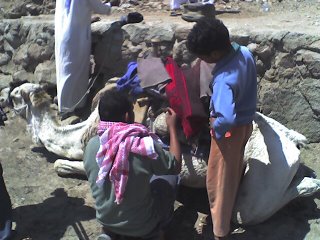 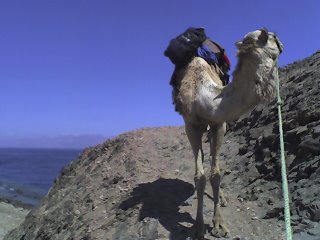 Camel ride to Abu Galum, from Blue Hole. Scenery was incredible, the contrast between desert & sea was amazing. Definitely one of the highlights of the trip.

Abu Galum is just a few huts on the beach, a few families. I ended up getting sick & cramps..again! Just like on the camel ride @Giza/pyramids. I had to dismount from the camel, & walk back on the return leg. My tender butt couldn't take it anymore.
Posted by B Yen/Getty Images at 10:06 PM 8 comments: 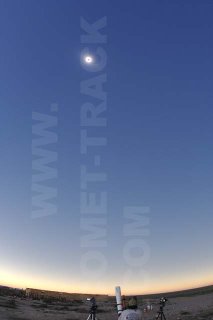 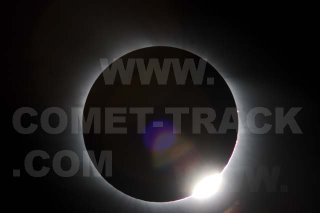 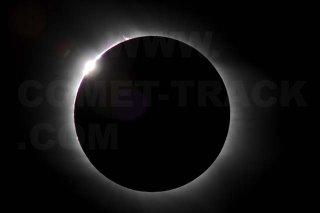 
Eclipse weather was perfect..the rain 2 days earlier cleared out the dust.
Posted by B Yen/Getty Images at 6:13 AM 9 comments: