Weather in morning was cloudy, rained the night before. Online satellite imagery (www.noaa.gov) showed lots of clouds, but there was a break in the tail end of the fast moving front. Weather forecast anticipated some clearing for tonights lunar eclipse.

I wasn't optimistic for long-distance travel for an optimal shot, i.e. Mt. Wilson (45 min drive). A horizon shot of the eclipsed moon against the snow-capped San Gabriel Mtns would have been great.

I wokeup at 6:52pm, totality phase scheduled from 7:00pm - 7:50pm! Scrambled to setup equipment in front of house. Fast moving clouds, I could see the eclipsed moon visually. Photography would not be optimal, possible clear shots in breaks thru clouds. 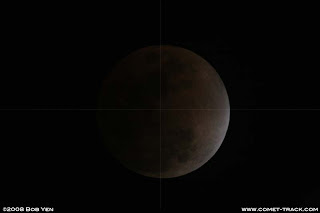 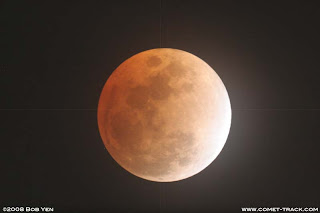 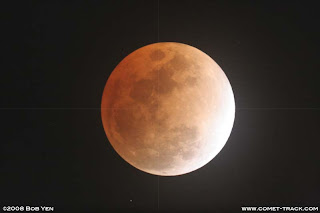 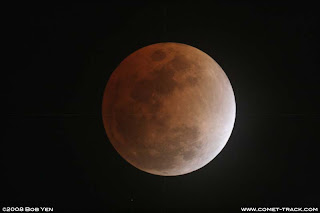 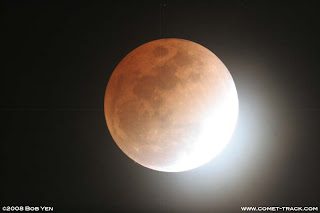 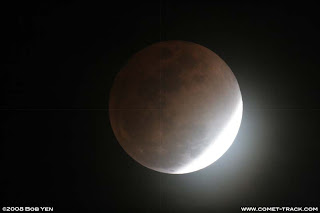 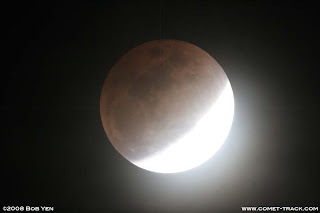 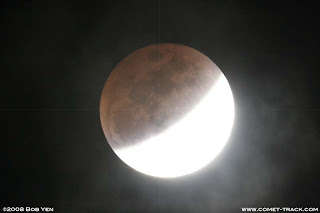 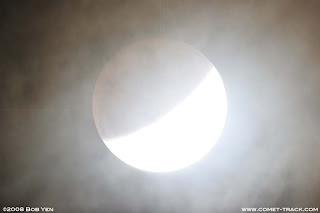