[ sound is enabled, you can hear 3 guys (car-pooled from Oakland/CA) observing 100 yds away on a hill. All 3 were highly educated, we exchanged contact info

They gave me water & Powerade, I was RUNNING OUT! (strange for me, since I usually bring MORE than I need. Plus, helped charge my car-battery, I had MAJOR car problems on the 880 mi drive to Oregon -- vibrating front suspension & FAILING car charging system! I started offroading this site on DEAD battery -- car wouldn't start!! ] 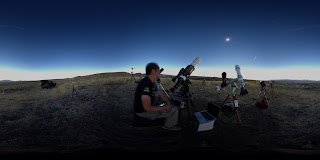 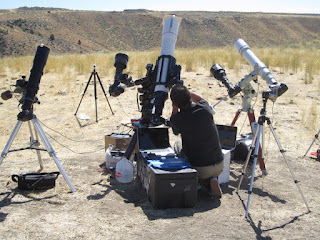